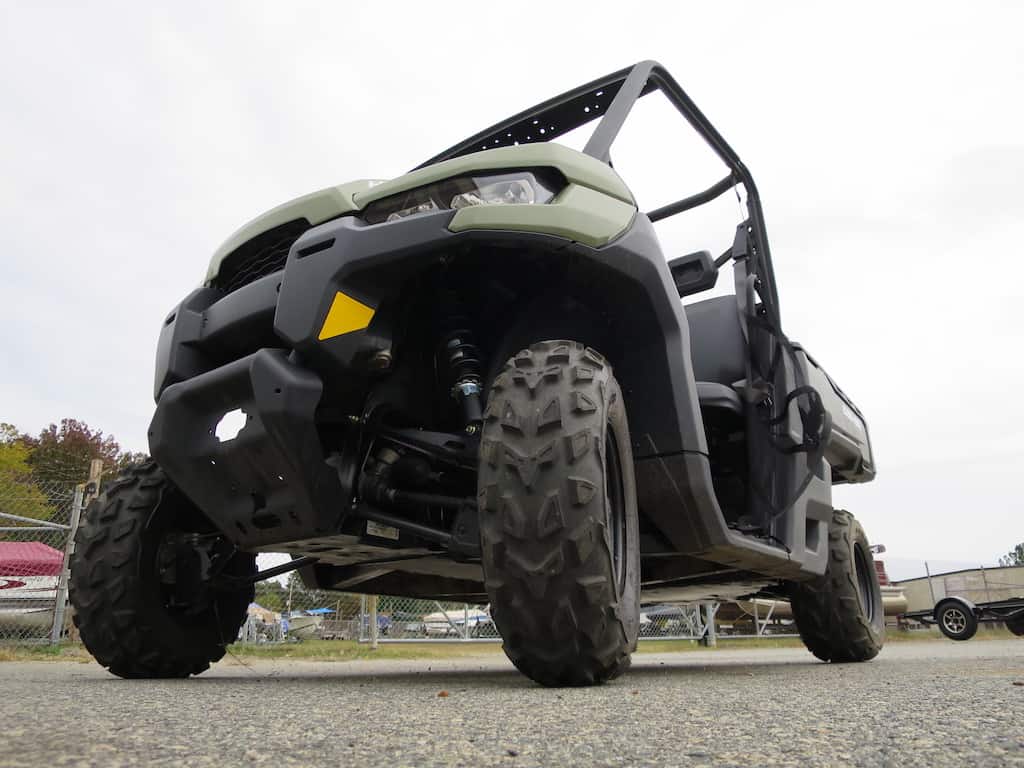 I do a lot of videos for all the different products we sell at our dealership. I often get asked what is the best camera to use for action shots. Do you need a Go-Pro? What camera do I recommend?

Most Popular Camera I use

For most of my videos, I actually use a standard Canon PowerShot ELPH 340 HS Camera to record my videos. In these videos, you see where I walk around and talk about the product. I really like to use it because it allows me to close up shots without any problem. I’ve found that people really like videos on textures of the machines and the close up’s of the engines. Here is a link to a video I make about power sports products.

For more in detail shots or action shots, I use something like a Go-Pro Hero 5 Here (Amazon Link Ad). I also use Contour Action Camera as a backup.  I later added a counterbalance to it to help me from getting that shaky video when I do my test rides or even when I’m talking about the product.

The Canon Camera is also great for taking pictures of products that we list on our websites and craigslist. I’ve found that you really got to have an action camera that is waterproof if you want to do some action shots on the water. Talking about products is one thing but actually going out and riding is another thing.

Most action cameras have many adaptors that you use to attach to many stuff like your or a car. I’ve got an adaptor that allows me to stick my camera to my own Sea-Doo Spark. I’ve found that people love riding videos on a nice calm day. I plan on doing some video on how to ride a Sea-Doo to when I get more models in the water.

I never had a Go-Pro but I have friends that have them and really like them. I went with my camera instead because it was waterproof without a case. Also, I could adjust the screen so if I wanted to mount it to my helmet for Spyder Rides I could.

My next camera will be a 4K action camera. You’ll start to see them more and more when TV’s start to have them, Standard. I remember a few years ago when 1080P was the big deal, now 40K is. Apple is usually the first ones to adopt the latest tech and they actually just release a 5K iMac which will be a must-have when editing videos. Price on 4K TV are dropping too and YouTube now offers it on the video player. So if you watch my videos be on the look for 4K videos from my action camera like Go-Pro.

If you starting out I’ve found that even an iPhone camera can work just fine. Who knows you might even have an old iPhone laying around that you could give it a nice waterproof case and then make videos using that. Don’t drop a bunch of money right away, I actually started off using an iPhone and will sometimes use it to make a quick video for my customers.

For editing the video I’m lucky to have a MacBook that has iMovie on it. To be honest some of my best videos have been shot in one take with not editing. You just got to talk to the camera as if the person watching it is there. If you make a mistake either keep going, no one is perfect, or just shoot it again. This simple style is the best way to do it, but sometimes you gotta edit the video. To edit a video on Windows you do have the option of Movie Maker. Movie Maker is usually pre-installed on windows or just a download away from the start button.

Also, a nice thing to have is a LED light that mount on top of the camera. Night videos can be a nice addition especially for ATV’s and side by sides. Night riding can be a little dangerous and we don’t recommend it but at night it shows a different perspective of the vehicle you’re reviewing.

Helpful Tip – Some Limited edition Can-AM off road vehicles actually come with a GPS with a built in camera for shooting videos. Nice feature to have when out with the family in the woods because you don’t have to worry about batteries and it charges from the ATV or side by sides built in charging port on some limited edition models.