Can Am Outlander L Review

The old Outlander 400 was a great ATV, very entry level but still had the BRP DNA. As Can Am kept on releasing new models like the xMR it felt like Can Am was forgetting about the little guys in the $8,000 and under price range. The Outlander L shows that Can AM still have love for the entry level ATV’s by flipping the entry level ATV market on its head. 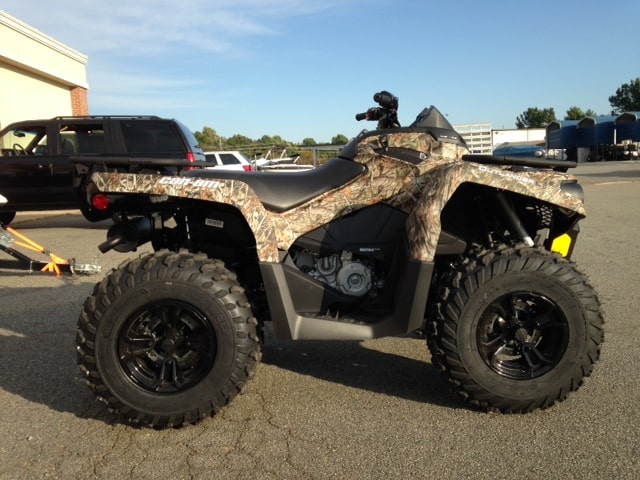 Can Am took the tried and tested SSTG2 frame and used it in the all new Outlander L 450 and 500. This is a huge improvement over the old 400 frame as the 400 frame would sit much lower.

Even though this is a entry level ATV Can Am did not give you a entry level frame. The Frame that is on the Outlander L is the same SSTG2 frame that is used on all of Can Am’s ATV line up. This SSTG2 frame gives the best feel and ride comfort out of all ATV’s I’ve ever ridden, and I’m not just saying that because I’m a Can Am guy.

Giving the Outlander L a proper frame that is used in Can Am’s more expensive ATV’s is fantastic since you know you have a proven frame that works in even the most demanding terrain. Since the frame is the same this also means that the air box for the Outlander L is located high up right above the drivers seat. 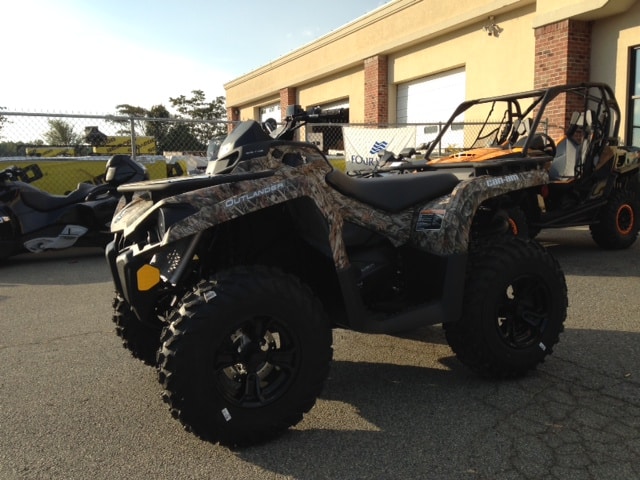 The frame of the Outlander L has the battery located the under seat, if you ever changed the battery on an older Outlander then you know how wonderful this is. 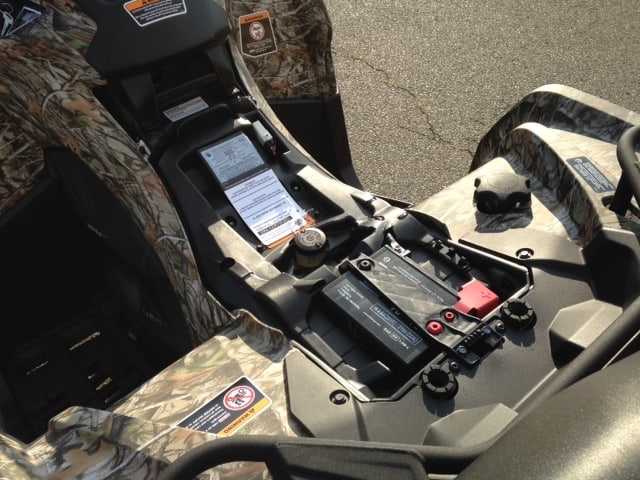 With the Outlander L Can AM has gone back to a Metal tubular rack system but still kept the LinQ system encase you wanted to install a box later. The LinQ system is a tool-less way to install accessories on to your four wheeler. With a LinQ box you can install it in one second and also remove it just as easy.

You get the same suspension on the Outlander L as you do on every Can Am. Can Am’s signature TTA suspension has the pivot point for the rear tires in the forward position. Having the pivot point ahead keeps the back tires from doing a butterfly effect and keeps you moving in a straight line when going over rough terrain. 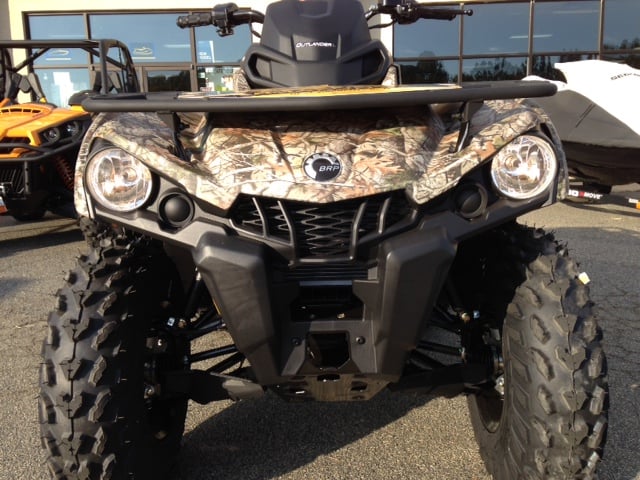 With Dive Control for better steering and 9 inches of suspension travel gives you a better feel on the roughest terrains and turning.

The suspension has also allowed the Outlander L to have 10.5 inches of ground clearance. How many entry level ATV’s give you that much ground clearance? Not much thats for sure.

Instead of taking the proven 400 engine and placing it into the SSTG2 frame Can AM instead took the same engine and bored it out to 450cc. The 400 and now the 450 are both single cylinders liquid cooled 4 stroke engines and fuel injected for better starts and fuel economy. The 450 engine sounds very much like the old 400, I was hoping for something closer to the sound of its V Twin brothers. 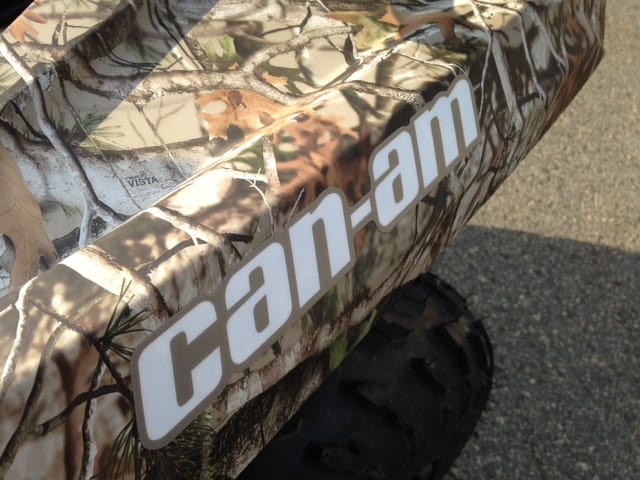 One thing I did notice was that the power on the new Outlander L 450 is so much greater than the old Outlander 400. Take off power has increase dramatically and is a blast to ride. I’ve ridden every ATV product that Can Am has created, from Traxster to xMR, and I can tell you I have more fun on the lower cc ATV’s. These lower cc engines allow me to have more confidence when riding, I know I can’t over do it with a slip of the throttle. To be honest a 500cc engine is more than enough power for your average trail riding. I’m probably the only person in the world who is excited that Can AM has release a very affordable ATV that still has all the perks of their bigger ATV’s.

If you’re worried about power and don’t think a 500cc engine will work? We had for the longest time a 500cc Can Am Traxster that we used to haul boats that would reach up to 24 feet in size and the Traxster did it no problem. This is probably where my love for small cc ATV’s came from, it was such a great ATV and it would never let me down. 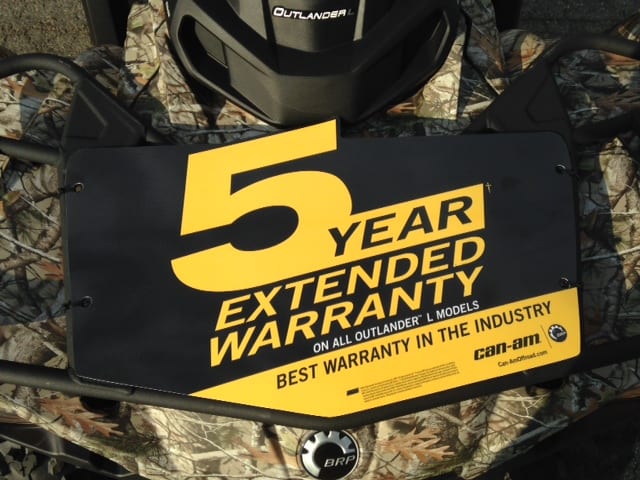 What other manufacture can stand by there machines with a 5 year extended warranty?

The Outlander L is a much simpler with electronics then compared to its bigger brothers, some might see this as a good thing. The Outlander L does not use Can Am’s DESS which is there digital encrypted key, the key is the standard cut-key that is used in machines like the DS 450. 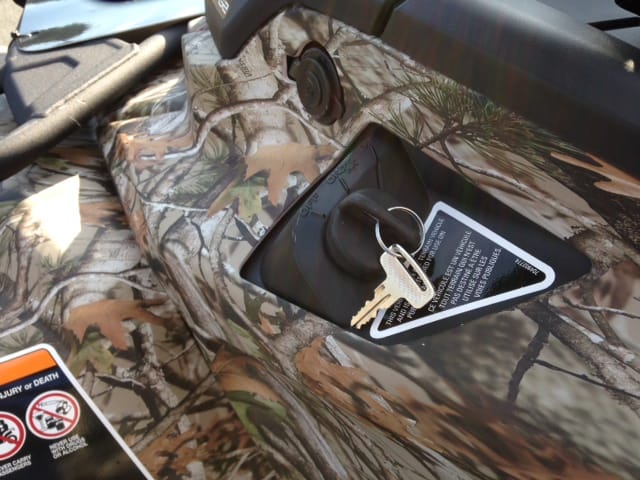 The Outlander L is also available in a power steering option which also adds the water dipped Camo color which we have currently for review and for sale. The DPS (power steering) has 3 different modes that allow you to change it for different riding conditions. 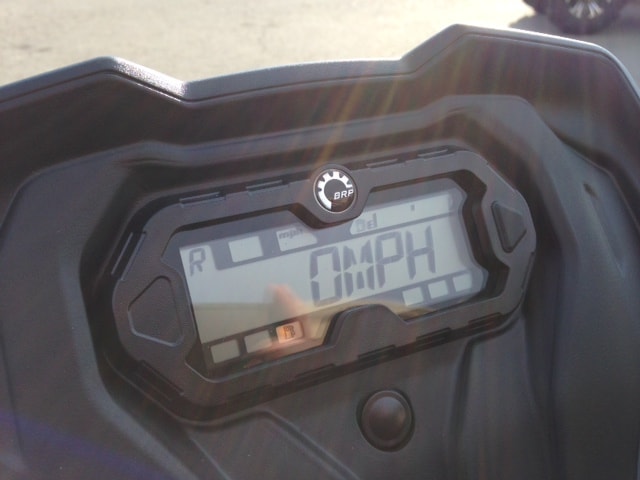 The gauge on the Outlander L is a digital read out that tells you gas, speed, what gear you’re in, 4 wheel drive, and warning lights. The gauge allows you to cycle through and select which mode you want to view, such as if you want speed or RPM’s to show.

The Outlander L does not come with a winch but they are pre-wired for any winch that you might want to get. After installing many Winches on many ATV’s I can say that its all just plug n’ play when it comes to Can Am. You don’t need much with the Outlander L when it comes to winches since it only weighs only 700 pounds. 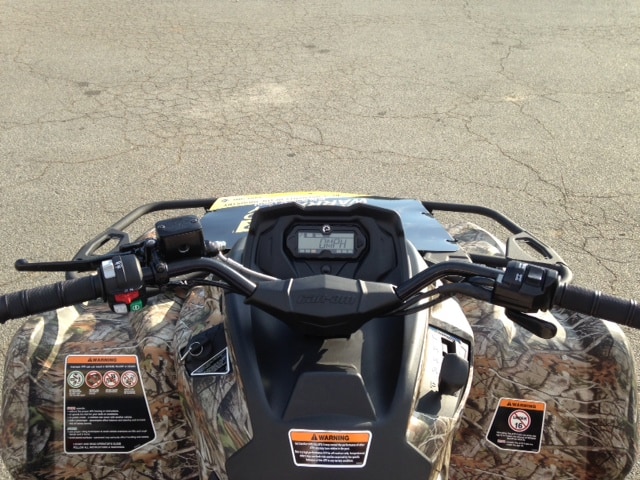 70 watt front head lights are what powers the Outlander L lights, which is a little low compared to its bigger brother but options are available for super bright accessory lights. Since its a Can Am you already have the 12 V plug in installed so you can pick up a 12 volt spot light that you can use for the late night work you’ll find yourself getting into.