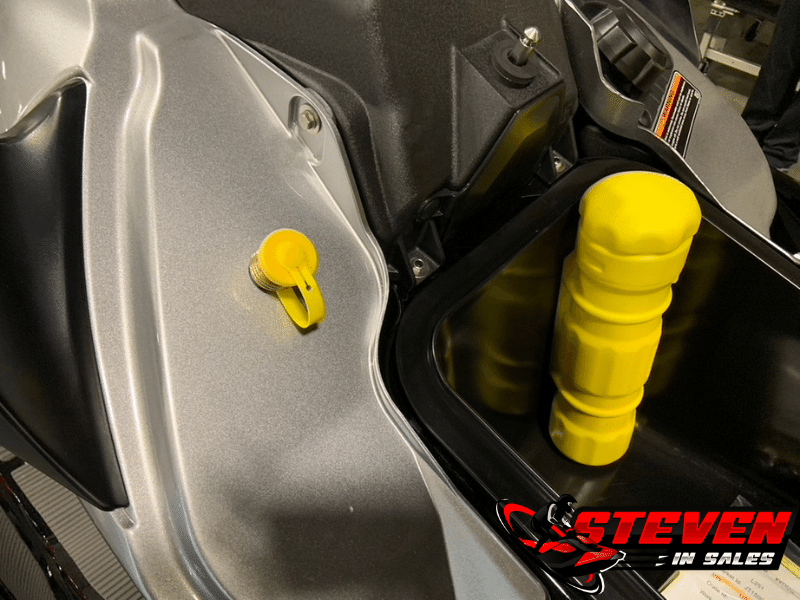 Jet skis take in water to cool and muffle the engine and exhaust.

This brings into question of how often should you flush or rinse out your jet ski? Is it every ride? Once a season? Or even never?

After flushing your jet ski, should you rinse off the engine and pump?

All these questions and more will be answered below.

How Often Should You Flush A Jet Ski?

If you ride your jet ski in saltwater or any dirty water, you need to flush your jet ski after every ride or at the end of the riding day.

Once you’re done riding for the day, you need to hook up your jet ski to a clean freshwater supply and flush it. Check out this post on how to flush your jet ski.

Important: Never flush a hot engine, allow the jet ski to cool down for 30 minutes before you flush it! Only flush the jet ski for 90 seconds max!

How Soon Should You Flush Your Jet Ski?

If you ride your jet ski in salt water, you should flush it as soon as possible or at least at the end of the day.

The sooner you flush your jet ski after riding in saltwater, the better. It won’t be the end of the world to go hours or even the next day to flush it after a saltwater ride, just don’t forget to do it.

Why Do You Need To Flush A Jet Ski?

There is a joke that the worst thing for your boat is sun and water… it’s funny because it’s true!

Even freshwater can be corrosive, just not anywhere near as bad as saltwater. This is one of the reasons why jet ski manufacturer say you should not leave your jet ski in the water for too long and to get slips for them.

How To Flush A Jet Ski?

I have a whole post going over how to flush a jet ski, but I want to go into more details, especially if you ride in saltwater.

When flushing your jet ski after a saltwater ride, you need to not only flush the engine, but flush and rinse the pump and engine compartment.

Should You Rinse The Jet Ski Engine Compartment?

After a saltwater ride, you should flush and also mist the engine compartment and rinse the pump area.

Tip: Once a month spray silicone lubricant (Amazon Link Ad) on the engine and pump area, anything metal, electrical or shiny should get sprayed. You should do this for sure if you ride in saltwater, but if you ride in freshwater, you can do it at the start and end of the riding season.

What Will Happen If You Don’t Flush Your Jet Ski Often?

Failure to flush your jet ski will lead to metal parts corroding and even phantom electrical problems down the line.

The picture below is a jet ski that was never flushed or taken care of after many saltwater rides, and it was eaten alive. It was so bad the green anti-freeze in the ride plate started leaking out the corrosion holes.

The jet ski pump is made of mostly metal, and while it’s painted, corrosion still finds a way.

How To Keep Jet Ski From Corroding?

The best thing you can do to keep your jet ski from corroding its parts is to flush and rinse it off after every ride in saltwater.

Jet ski manufacturers add things called a “sacrificial anode” to help fight corrosion. This anode is meant to corrode before the other metals.

There is only one or two sacrificial anodes, and it’s always near the pump at the rear. There is not one in the engine compartment, so the best thing to do is to spray the area with silicone lubricant.

Can You Flush A Jet Ski In Freshwater?

After riding your jetski in saltwater, and you take it to a freshwater lake to flush it, that is fine.

The water coming out of your garden hose will be cleaner, but riding your jet ski for 5 minutes in freshwater will still get the job done. You just need to be careful about the local laws, as they don’t want to contaminate the freshwater with saltwater plants and animals.

If you’re in doubt, always go with the garden hose as it’s better water, and you’ll need it to clean the rest of the jet ski off.

How Long Can You Keep A Jet Ski In Saltwater?

You should get your jet ski out of the saltwater when you’re done for the day.

Getting your jet ski out of the saltwater means getting it on a trailer, drive-up lift or hoist. Make sure to get the correct size lift, you don’t want the rear of the jet ski sitting in the saltwater.

How Long Can You Keep A Jet Ski In Freshwater?

It’s best you don’t keep your jet ski in freshwater for no more than a week.

The jet ski manufacturers don’t even want you to leave them in the water overnight, but it’s not for the reasons you think. They’re only worried about it sinking from a freak thunderstorm or something is not sealed properly from the factory.

Me, personally, I live life a little more crazy and have done the leak test on my Spark and have left it in the water for a month. This is one of those do as I say and not as I do situations. I wouldn’t keep my Spark in the water for as long as I do if I never did the leak test. When I first got it, there was a small leak, and that is why manufacturers don’t like you keeping the jet ski in the water too long.

The biggest downside, besides the risk of sinking, when keeping your jet ski in the water for too long is corrosion and the scum that builds up on the hull. It’s a pain to clean and robs you of top speed.

When you can, get a drive-up lift or hoist to keep your jet ski on. Most boat manufacturers error on the side of caution and will always say not to keep your boat, or jet ski, in the water for too long.

Should You Rinse Your Jet Ski Trailer?

The jet ski trailer is made of all metal, and even the aluminum trailers will corrode. The parts that will corrode first on any boat trailer will be the hardware, such as the screws and bolts – the things that hold everything together.