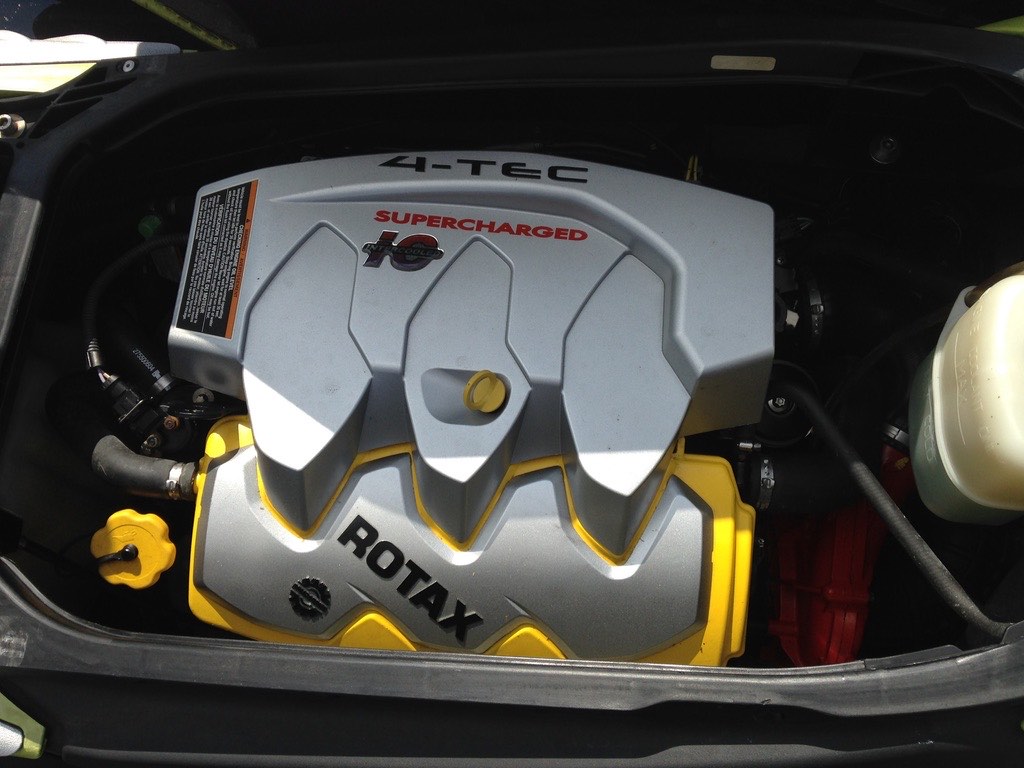 There is a lot of confusing aspects around Sea-Doo’s supercharger maintenance and when you should do it.

You have what Sea-Doo says, and then you have the “playing it safe” option.

I created this post to go over your options and answer some questions people have about Sea-Doo’s superchargers.

This only applies to supercharged Sea-Doos. So if you have a Spark, GTI, or any Sea-Doo with 170HP or less, this doesn’t apply to you.

The reason is that the average person puts 30 hours a year on their jet ski, so after 3 years, you’ll be around 100 hours anyway. If you ride hard and often, hitting 100 hours in 2 years or sooner is entirely possible. So either way you slice it, they’re basically saying the same thing.

If you’re buying a used supercharged Sea-Doo and the previous owner has no clue when they last did the supercharger rebuild on a 1503 4-TEC engine, then get it rebuilt anyway.

If the previous owner has proof of getting the supercharger rebuilt, but it’s over 2 years, I would go ahead and get it rebuilt again. You have no clue how they rode the machine, and this is a very powerful haggling tool and a nice piece of mind.

If you’re buying a 2018 and newer Sea-Doo, then it has the maintenance-free supercharger, and you have the dealership inspect it every 200 hours.

Signs Your Supercharger Is Going Bad

If you notice your RPMs start to decrease 100’s of RPMs over a short period of time then something is wrong with your supercharger.

To give you numbers for reference, you should be around 8k engine RPMs, but when you start to go below 7,600 RPMs, the supercharger is not working properly or has a boost leak. If it’s under 7k RPMs, then the supercharger has stopped working and needs to be repaired right away.

Keep in mind, hotter temperatures, elevation, and humidity can affect RPMs. Also, if your Sea-Doo is under 10 hours it’s still in “break-in” mode and RPMs will be limited.

Tip: It’s best you run premium gasoline in supercharged jet skis. A loss of power could come from bad or low octane gas. Also, bad spark plugs can be an issue, I recommend changing spark plugs at least once a year.

What Causes Superchargers To Fail?

A supercharger is a normal wear and tear item and needs to be rebuilt or replaced at specific intervals.

Things that can make a supercharger fail quicker:

The biggest problem for Sea-Doo’s superchargers was the washers failing. Sea-Doo has really improved these washers in 2012, but this shifted the issue to the bearing failing instead. While Sea-Doo improved the washers, the bearings never saw much change, and is why so many people stick to rebuilding every 100 hours for 1503 4-TEC engines.

When Was The Supercharger Problem The Worst?

The supercharger issue was the worst before 2009 and started getting a lot better after 2012.

In 2012 Sea-Doo came out with better washers and started saying to get the supercharger rebuilt every 200 hours. All superchargers after 2012 would get the updated 200-hour kit when being rebuilt.

The people who were the most affected were the type to jump waves and not let go of the throttle. This is one of the reasons why manufacturers say not to jump waves with your jet skis. When the pump is out of the water, there is no more load, and holding the throttle in will spin the supercharger too fast.

What Does Maintenance-Free Supercharger Mean?

What Sea-Doo means by maintenance-free is that when the supercharger goes bad, you buy a new one.

It’s maintenance-free because there is nothing to replace, at least you shouldn’t. At the 200 hour mark, the dealership will inspect it, and if the supercharger is bad or going out, you pay for a new one.

How Much Is A Supercharger Rebuild?

A Sea-Doo supercharger rebuild can cost anywhere from $500 to $1,500, depending on your local dealer’s labor costs.

If you replace a supercharger it can cost anywhere from $1,500 to $2,500, depending on your local dealer.

It’s best to shop around as every dealership is different. Also, don’t forget to check out local jet ski repair shops.

If you’re mechanically inclined, you can find many places that allow you to ship your supercharger to them, and they will rebuild it.

I don’t suggest rebuilding the supercharger yourself as you’ll need special tools and doing it wrong can do a lot of damage.