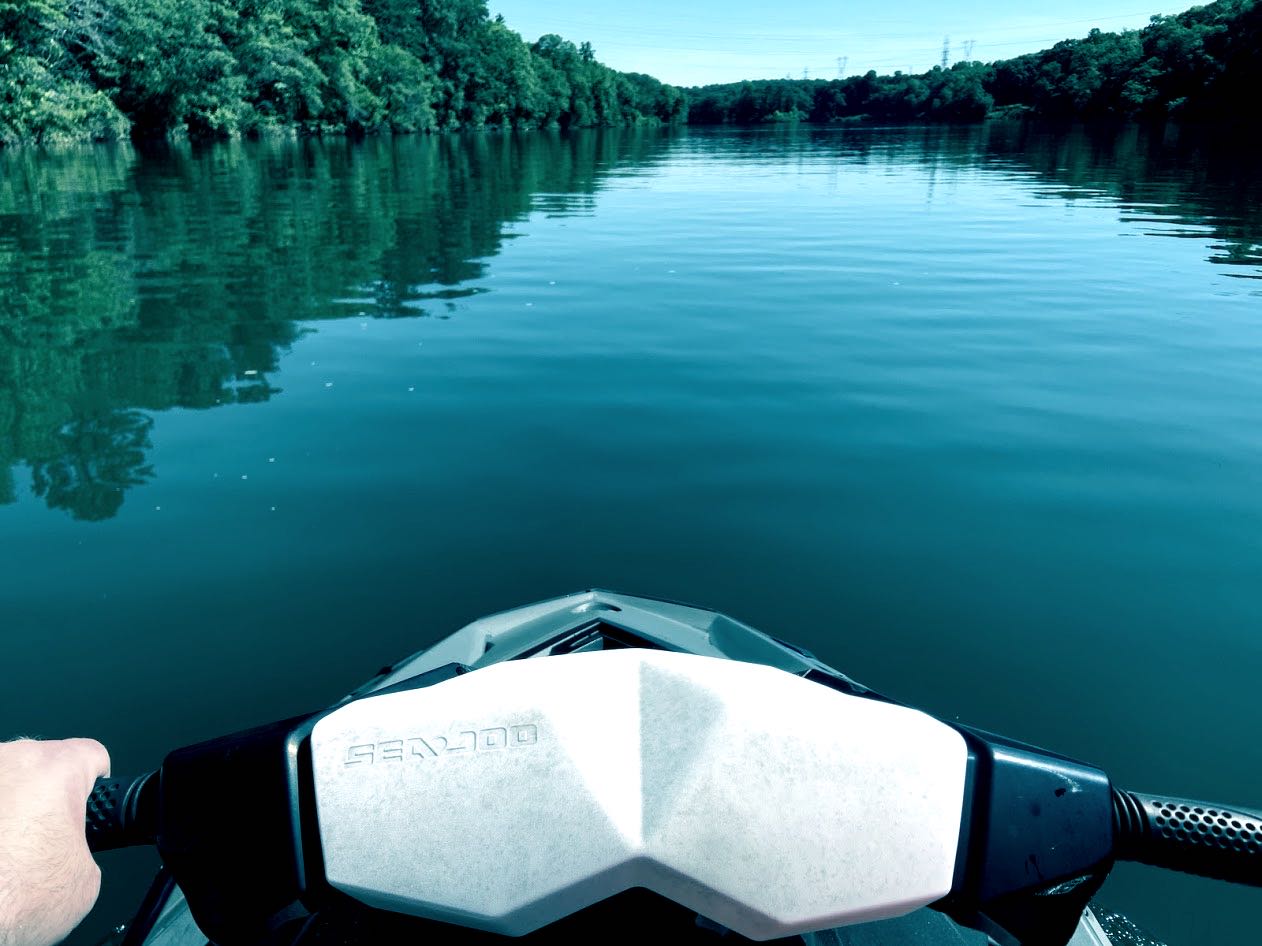 No, you can not ride a jet ski at night.

I’ve seen far too many people attempt to modify their jet ski to drive at night to only be hit with a fine or get hurt. There is no winning this battle; you can not drive a jet ski at night.

When Can You Ride A Jet Ski?

You can operate your jet ski between sunrise and sunset. This means when the sun is gone, you can not drive your jet ski.

Can You Put Navigation Lights On A Jet Ski?

I’ve seen people put nav lights on their jet skis so they can use them at night.

But every single one of them ends up getting them removed because water patrol fines them.

Simply putting navigation lights on your jet ski doesn’t make it legal. Jet skis can not be driven at night.

Why Can’t Jet Skis Be Driven At Night?

Jet skis are already hard to see during the day and impossible to see at night.

There are also other cues that jet skis give off during the day that you won’t see at night. One example would be the rooster tail which would be invisible at night.

Combined with the fact that even during the day people do silly things they shouldn’t do on jet skis, we can safely assume they’ll do it during the night too. At night these silly things are much worse and can make it harder to help someone.

Jet ski life jackets don’t have any reflectors on them, so if you fall off, no one can see you in the water. And falling off jet skis is something that happens more often than on boats, which is another reason you can’t drive a jet ski at night.

You should avoid driving your jet ski in fog.

If you do long trips, then fog can be an issue. While this can be rare, carrying some fog lights/flashers can be helpful.

But for the average jet ski owner, don’t drive when it’s foggy.

What About Getting Trapped In a Rainstorm?

Avoid riding your jet ski before or after a rainstorm. A rainstorm can have sticks and debris fall in the water which your jet ski could suck up; this is why you wait a few hours to drive after a storm.

But I’ve had a few times where I got stuck in some bad storms, so what should you do?

The goal is to get to a dock or land as you’re not going to win this one. After 30MPH, the raindrops feel like pin needles, and all the water hitting your face feels like you’re drowning.

You need to seek land or a dock because when there is rain, there is often thunder. You don’t want to be on a jet ski during a thunderstorm that is for sure.

Whatever you do, do not take off your life jacket. I know a few people to take off their life jacket to use as an umbrella, but that only puts you in more danger. If you fall off during a bad storm without a life jacket, it’s almost impossible to fight the waves, and you drown. Always keep your life jacket on when on a jet ski.

What If I Get Trapped At Night On My Jet Ski?

If you get trapped on your jet ski after dark, you need to seek the nearest boat launch or land.

Jet skis don’t have lights, no one can see you, so getting to land is important.

You can also call a friend or family member with a boat to tow you back home.

The good news is that most people on jet skis have smartphones. With the smartphone, you can call someone, locate the nearest place to dock, or signal for help. Some SOS apps turn your phone’s screen into a help light. Don’t forget your whistle that should be on your jet ski.

What Jet Skis Are Allowed To Drive At Night?

There do exist a few jet skis that can operate at night, but the average customer can’t buy them.

These jet skis are used by search and rescue teams.

Sea-Doo has the SAR, and it has navigation lights for running at night. This PWC is also much larger, slower, and sturdier than your normal jet ski. It’s almost twice the cost of a typical jet ski too!

Sometimes a jet ski is needed in rescue missions, and sometimes these missions happen at night.

While the average customer can’t have a jet ski with navigation lights, it doesn’t mean one doesn’t exist for law and governments.

6 thoughts on “Can You Ride a Jet Ski at Night?”