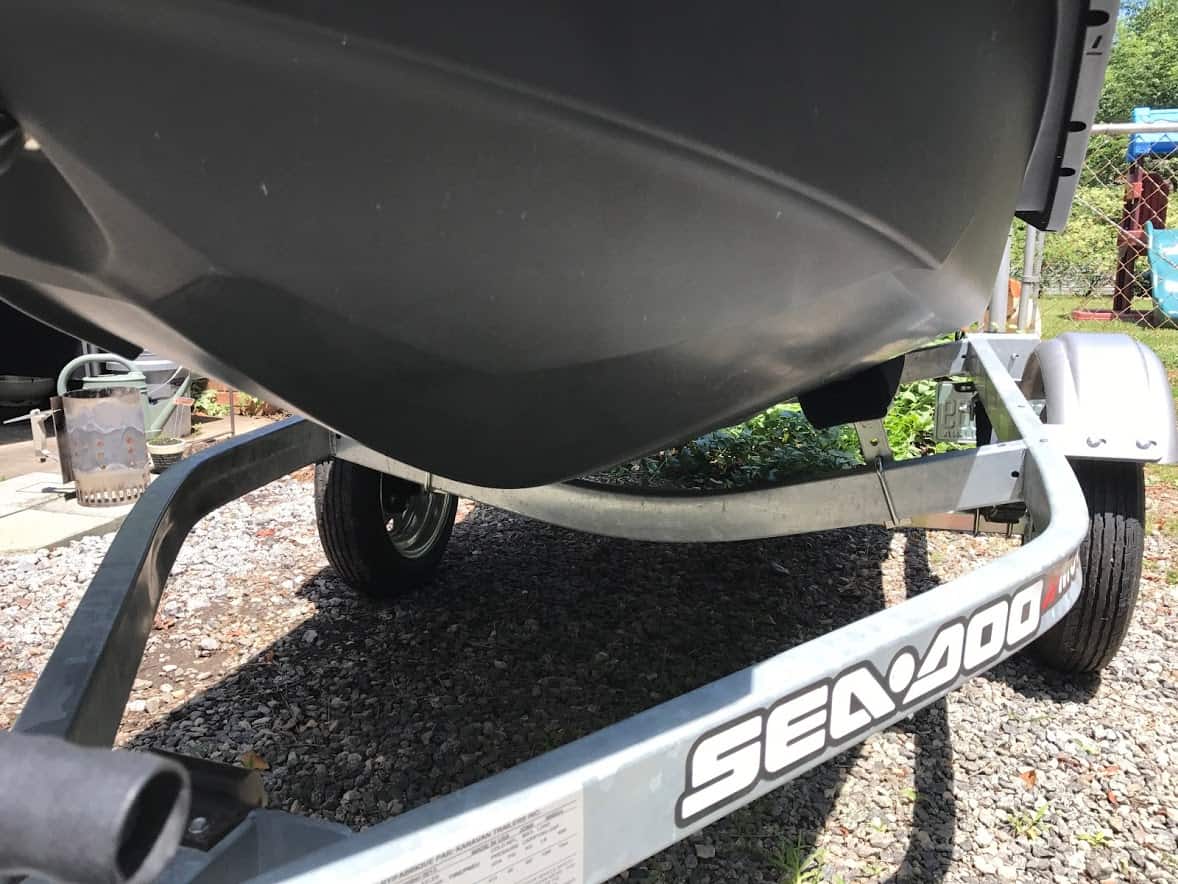 A very valid question a person might have about getting a Sea-Doo Spark is going to be about the Hull.

For years the hulls for boats have been fiberglass so what’s up with this Ploytec Hull that the Sea-Doo Spark has? Is it going to hold up? —“I hear horror stories all over the internet about this one guy who’s friends/cousin’s Spark split right in two.”

All of this can make a person worry, and makes you angry because you just don’t know if it’s worth it or not? Let’s answer that in this post!

Let me go ahead and set your mind at rest; it’s worth it to get a Sea-Doo Spark.

I know I’m some guy on the internet, but it’s nothing to worry about really.

From the time I sold Sea-Doo Sparks, 100’s of them, I’ve seen about 2 that got damaged and its usually driver error. Sometimes people do stupid things like crash into rocks.

Sure, you’ll have some legit things that do happen, but the same goes for fiberglass hulls or even the car you drive. Sometimes life happens.

I’m so confident in the Sea-Doo Spark that I got the very first one that hit our dealership in 2014 when they came out. And I for one have had no issues, and I beat the crap out of that thing. I’m the guy you hate because he’s jumping waves and doing wheelies on his Sea-Doo Spark – and I’ve yet to have any issue with my ORIGINAL SPARK HULL!

Putting that to the side let’s not forget the Sea-Doo Spark came out in 2014 and Sea-Doo is the type to prototype something for 5 years before releasing it. As of writing this, it’s 2017, but the 2018 models have come out and will be shipping so very soon. It’s been 4 years, and Sea-Doo wasn’t sitting around doing nothing in those years. I know that they have made the Ploytec hulls better.

And if Sea-Doo didn’t make them better I would seriously doubt they would have moved that hull to the GTI line up.

If anything the biggest reason why I see people hate Ploytec is that they’re afraid of it.

It’s the future. It’s that simple.

Stronger, lighter, more durable, easier, and better for the environment is making the Ploytec or future plastic hulls the go-to materials. Just like how 4-stroke took over the 2-stroke, plastic is going to take over.

Other manufacturers put it down because they can’t do it because of legal issues. But there are loopholes, and everyone knows plastic is the better material and will move towards it. I remember selling Sea-Doo’s and the “Yamaha guys” would put down the iBR (brakes) that Sea-Doo had just released. Kind of like how Yamaha’s video puts down the Spark’s Hull. Then Yamaha came out with RIDE (their version of brakes), and braking became cool and a must-have. Everyone hates the idea until they have something similar. Not bashing Yamaha but I found that interesting.

When the Sea-Doo Spark first came out, there was a story that was told to us about how Sea-Doo took the Spark Hull up 5 stories and dropped it. They say all it did was bounce.

Sure, I can’t get Sea-Doo to confirm that story, and you know how stories go and how they get exaggerated, but it does make sense.

One of the things I would tell people was to think of the Spark as like a Plastic Soda Bottle. And Fiber(glass) like a Glass Soda Bottle. If you drop one which one do you think would make it?

The plastic of course.

So… how did we get to a point where people consider fiber(glass) to be the better one when our dining room table tells us otherwise? It’s crazy when you think about it.

Sure, this is a way oversimplification of it and doesn’t fully translate, but it does help illustrate a point.

Overall, there is no need to worry. Enjoy life. The Sea-Doo Spark is an excellent watercraft, and I’m sure you’ll love it.

1 thought on “How Durable is the Spark Hull? – is it going to hold up?”