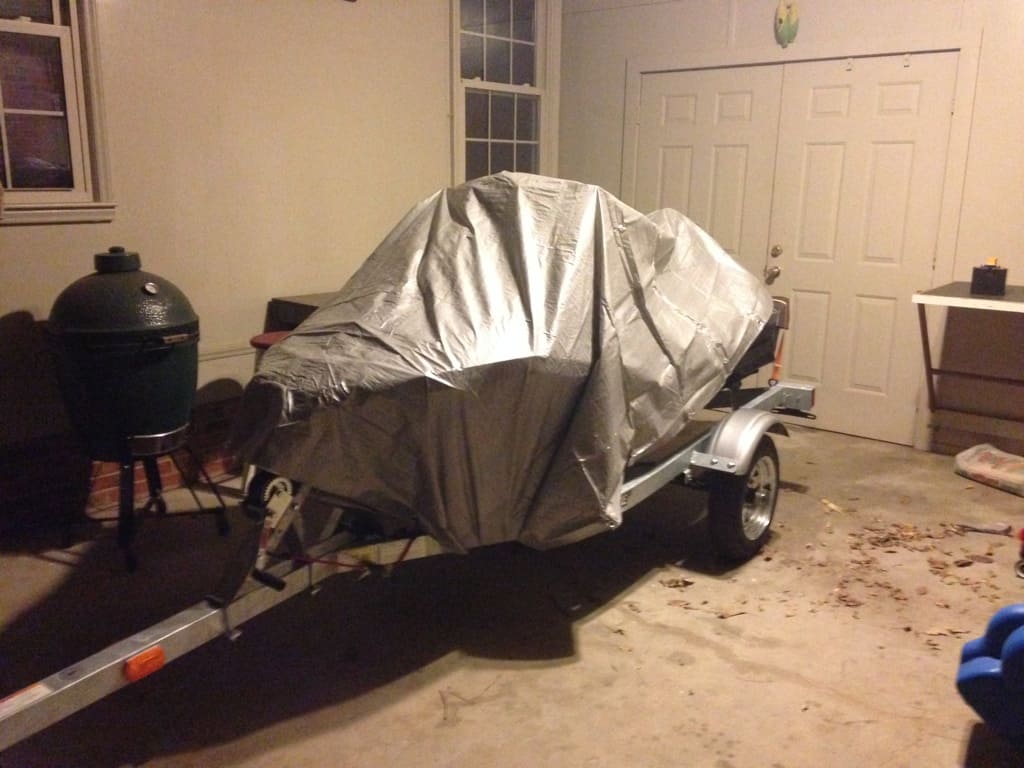 There is no doubt about it; Jet Skis are cool! Not only cool to you and me but also really cool to thieves too!

Even with modern-day watercraft having a great level of security protection built-in, you should still take measures to secure and lock your jet ski. This need for protection becomes even more important since watercraft are lighter than ever and more accessible than ever with people storing them on trailers and docks.

We want to show you some tips for securing your jetski to help keep it from being stolen.

Have Insurance On Your Jet Ski!

We live in a world where someone wants to take something bad enough they’ll figure out how. No matter what security measures you take they will find a way if they want it.

With this in mind, it’s important to have insurance that covers theft on your jet ski. This is the best security measure you can take and make you sleep better at night. Plus, having insurance on a jet ski is a smart idea as you never know what could happen to you or someone riding it.

When you do get insurance, you’ll want to do some stuff before your first ride.

Tip: Get a password manager like Bitwarden (free) or 1Password and store this sensitive information in them. Having your VIN, trailer plate number, boater safety card, and copy of the bill of sale within reach are super helpful in the future. Many password managers have a mobile app that makes this even easier and it’s encrypted too!

The goal is to slow down the thief or make it so hard for them that they give up.

It may seem obvious but keep the keys out of the jet ski. I’ve had people leave their keys on the post of the watercraft and not only does it make it easy to steal but it also drains your battery.

Don’t forget that most storage compartments on Jet Ski’s don’t lock so make sure to remove anything you don’t want to get stolen. A lot of people or even marinas will have lockboxes at the dock for you to use.

Out of sight out of mind. You’ll be amazed by how many thieves will move along to another jetski if your jetski is covered.

I’ve learned there is a trick to what cover you should use. A thief is more likely to move to another ski if your covers look like the universal fit ones because it’s not custom fit to the ski and it’s hard to make out what it is.

If you get the cover that manufacturers sell, you can tell right away what brand it is and what model it is as it’s posted all over the cover. I find it best to not broadcast what PWC it is and stick to a basic universal cover.

If you keep your jet ski on a floating dock, hoist or trailer, there are two ways to secure it, the easy and the better way.

The easy way is to get a Security Steel Cable with Loops (Amazon Link Ad). You want it to be about 15 feet long and 3/8 inch thick. The cable is easier to wrap around bow and other hooks and easier to manage too.

The better option is a Harden Steel Security Chain like this one here (Amazon Link Ad). These tend to be heavy, thick and shorter, so looping to your bow hook is not often possible; you may need to buy two locks, one to connect to the bow hook of the jet ski and another to hook to your dock, hoist or secure spot. Always remove the chain/cable from the jet ski when you go for a ride.

Both options still need a good security lock! You want a heavy-duty lock like this here (Amazon Link Ad) to deter criminals.

Always use dock line for securing the jet ski to the dock, never use only the locking cable or chain.

A coupler lock (Amazon Link Ad) for your jet ski trailer is better than nothing, that is for sure. I’m so paranoid I often keep two on my jet ski trailer as shown in the picture above.

An even better option is to chain the jet ski and trailer to something large or something doesn’t move.

Or keep the jet ski and trailer in a locked fence, shed or garage.

Here is a great video on things you can do to protect your trailer.

The harder you make it to steal your jet ski and trailer, the less likely someone will be able to. The thieves want to get in and out quickly and the more friction you have the less likely they want to steal from you.

Security cameras have come a long way and having one watching your jet ski is not only super easy but affordable these days. Having cameras to watch your jet ski will deter many and could help you find your jet ski if it does end up stolen.

My favorite is the eufy Security SoloCam S40 (Amazon Link Ad), as it is solar-powered and doesn’t require a subscription.

Just put the camera in a sunny spot, which is easy to do as that is where most jet skis live, and it will record people and other movements. No need to run power to it, the sun will keep its battery charged. You only need to have a wifi connection to get the video off it.

It also has a floodlight and will turn on if it detects motion!

Here is a great video on how it works:

Probably the coolest thing you can do is get a GPS tracker for your jet ski. These things can alert you when your jet ski is moving and tell you where it is.

I like the SPOT Trace Anti-Theft Tracking Device (Amazon Link Ad) as it fits nicely and is easy to set up. I also like to read the reviews on these trackers to hear about others experiences when they got robbed and how the tracker saved them – super cool to see what people say.

There is a downside to some GPS trackers, and that is some require a monthly fee to use. Well worth it if you have a problem with people stealing your stuff.

Apple AirTag For Your Jet Ski?

Apple has come out with AirTags (Amazon Link Ad) that allow you to attach them to your car keys or the like so you can find them using the FindMy app on your iPhone.

Many people are using them to track things like bikes and drones which makes me think they would work fine for jet skis. It’s not going to be perfect like a GPS tracker but at an affordable price and a battery life of 1 year, I think it’s worth it to hide one in your jet ski securely. Using velcro and attaching it to the inside your glovebox is good enough. Avoid attaching it inside the engine compartment!

The downside is that you need an iPhone to find them and the tracker needs to pass by other iPhones to update the location. I don’t see that as a huge downside as people take their phones on the water and jet skis do end up on trailers a lot of the time too. Being able to get a rough idea of where your jet ski is better than not knowing especially if it’s lost or stolen.

Here is someone who recovered their jet skis because of AirTags.