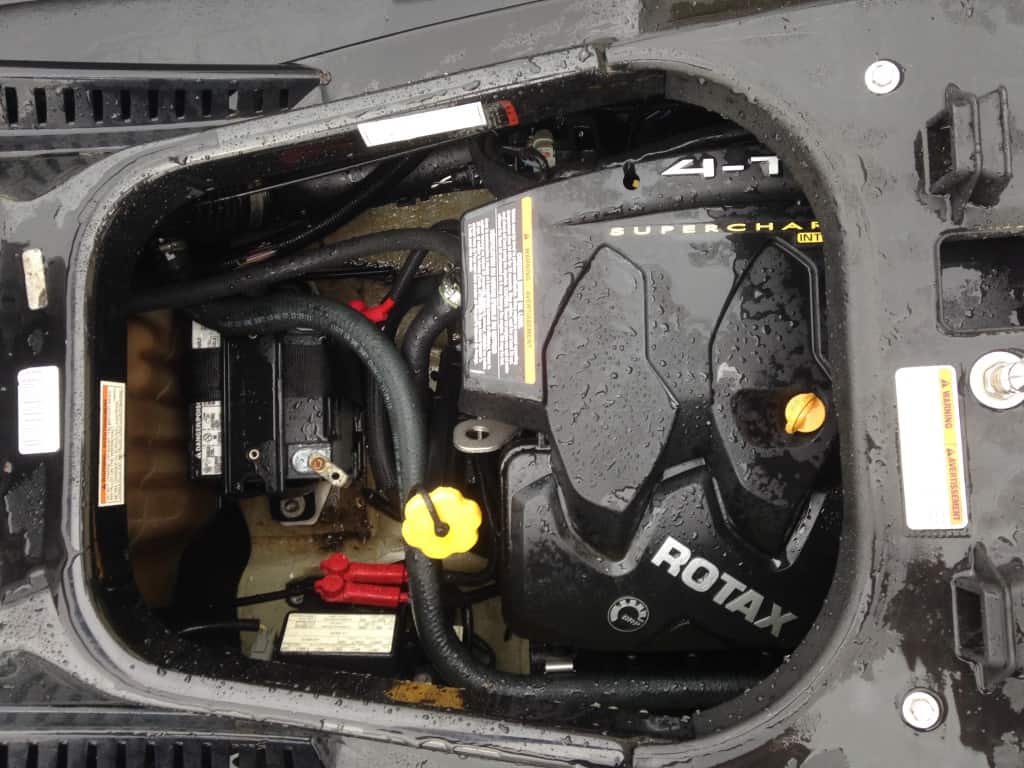 The most common thing I would see from customers who owned a Jet Ski was that their batteries would die every year. This made many people mad; no one likes to buy a new battery every year.

A lot of the times a battery charger was not ideal, or it would break, or people would trip over it. I remember installing a few battery charging systems for customer’s docks and thinking how much of a mess this really is. All these wires and some even wanted battery switches installed. There had to be a better way.

The better way was to use a solar panel instead. And doing it any other way is just plain crazy.

Not only are solar panels easy to install, but they can be cheaper than those expensive wall chargers, and they hold up better to the elements as they don’t have many electrical parts. Yes – most solar panels you don’t have to worry about getting wet.

The solar panel doesn’t even need to be in direct sunlight for it to work! You could just drape it over the handlebars, and you’ll be okay. Or lay it on the seat or deck and that would be okay too.

What Solar Panel To Buy?

When it comes to the batteries on Jet Ski’s, 1.8 to 5 watts solar panels are the best to get. You never want to exceed 5 watts.

The reason why you don’t want to go past 5 watts is that you could cook the battery if you don’t have a battery maintainer on it. The maintainer will shut the power on and off as it needs it. But these smaller wattage panels don’t output enough power to do anything except tickle the battery alive.

Why Solar Panels Work So Well?

The reason why Solar Panels work so well to keep a jet ski battery alive is that it merely “tickles” the battery. Yes, tickles is the best way I can put it.

The reason why the battery goes dead in the first place is that it’s not being used. A jet ski has a stator that also tickles/charges the battery too, but only when it’s running. When not in use the battery starts to sulfate which is a coating that forms on the plates of the battery that restrict power, so the battery dies off. The way to keep this from happening is to charge or tickle the battery. When energy is being put into the battery, the sulphation slows down or starts to get removed and thus the battery charges.

This is really only a big problem with Lead-Acid Batteries. There are not many Lithium Jet Ski batteries out there yet which would hold up better. But not so useful in the winter months. Lithium batteries do lose charge in a different way but not as bad as lead-acid.

The Future Of Jet Ski Batteries

The solution to Jet Ski Batteries could simply be Super Capacitors. Super Capacitors are like batteries, but they don’t hold much of a charge, but can be charged super-fast. Some can even charge in seconds.

What this could mean to jet ski owners is that you remove the super caps (they can be small enough to fit in a soda can) and you take them to the home to charge them. It would take a couple of seconds, and the caps would charge enough to start the engine.

Then the stator of the jet ski keeps them charged so if you turn the engine off you can restart it. Plus super caps can hold the charge long enough so that you can go out to eat and jump back on the jet ski and ride away.

This may sound crazy, but people have done this with their cars. Here is a video of a guy starting his car with super caps…

Warning! – Don’t try this at home! This is a lot of current and this is to only show that it can be done.

Super Capacitors have a long life and probably won’t need to be ever replaced with the life of the ski. So no more buying batteries.

Having Super Caps for a battery sounds like a great idea, but that could be far away, and it does have some limitations now.

The best option is for watercraft manufacturers to have the solar panel built into the watercraft itself. Yamaha is doing something similar, but they put it on covers. While putting it on covers is a step in the right direction it’s not perfect. Once you have the cover on you got to connect the wires which can be so hard to do that most people will never do it, and thus the perks of the solar panel are now useless.

The best solution is to integrate the solar panel into the watercraft itself. Solar panels are getting smaller and smaller. A 1.8-watt solar panel can be the size of half a piece of paper. They could place it in the hood if they wanted to.

As for the cover, you can easily have a cut-out for the panel. Or they could place the panel on the underside above the waterline, they could use a thin panel on each side. This way you don’t have to worry about the cover blocking the Sun.

Another option could be a plugin style. Think of a garden light with a pole that has the solar panel on the top. When done riding you plug in the pole into a port on the watercraft, and that’s it. The pole will have the connectors on it much like how you plug in an electric toothbrush. The cover can have a small hole for this port so you can charge while the covers on. They could even make accessories that can retrofit to older machines too!

The goal should be something simple and easy to use. The solar panel on a pole that you plug in seems to be the best solution for the coming years. If any watercraft manufacturer wants to use my idea, then please send checks to me – lol.