One of the biggest questions I get when I’m selling Sea-Doo is the Closed loop and Open loop cooling debate. Which one is better? Does this require more maintenance? My buddy says that _____. You get the idea.

I’m hoping to shine a little light on this debate and hopefully help you decide on which one you think is better. 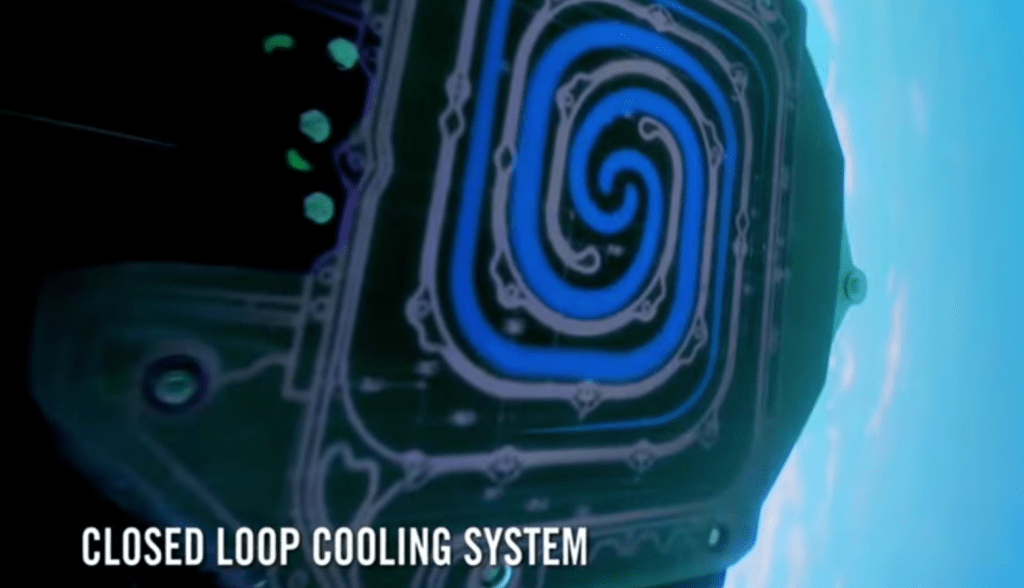 There use to be no debate

There use to be a time when everyone used the open loop cooling system, even Sea Doo. Back when Sea Doo made 2-stroke jet ski’s it was normal for that ski to be cooled by the lake or ocean. Then in 2002 Sea Doo released the 4-Tec engine which is a 4 stroke engine that has a closed loop cooling system to it. So this is really where the debate begins for the closed loop vs open loop for jet skis.

The way open loop cooling works (found on Yamaha and Kawasaki) is that it takes in lake or ocean water to cool the engine. Your engine needs to be cooled or it will run so hot that the metal could fuse and stop the engine.

There is another option to cool the engine, air-cooled, but the problem with this is that you don’t get much airflow in the engine compartment of a watercraft. The air-cooled engine works great for lawn mowers but not so great for a jet ski.

So if you’re riding in the ocean you’re sucking in salt water which is very corrosive to the engine. Riding in the ocean requires you to flush the engine more often. That once easy to maintain open loop system gets an extra step to make sure your engine doesn’t corrode. The water that goes into the engine goes around the cylinder walls to cool the engine and since the engine is made of metal the salt in the water will slowly corrode the engine from the inside.

The corroding from the inside out is lowered when you ride in a lake or river since it doesn’t have much salt to it. But lakes and rivers still have corrosive minerals in the water that still can corrode the engine. Don’t panic, when I say corrode it can take years to see any effect.

Also since the open loop system takes in water to cool the engine you also have to worry about winterizing the engine block. When water freezes it expands and can expand enough to break metal. With an open loop you just have to be cautious when freezing weather comes as to make sure the engine block won’t freeze and damage the engine.

Closed-loop cooling system (Sea-Doo ONLY) works much the same as an open loop system but instead of having water flow into the engine to cool it, antifreeze is used instead. The antifreeze is circulated through the engine than to a ride plate. The ride plate is just a heat exchanger or a radiator that converts the hot antifreeze into cool antifreeze.

Now you might be thinking how reliable is this closed loop cooling system? It’s so reliable that all modern cars, planes, and even trains use it! Yes, the car you drive into work uses the exact same system as a Sea-Doo watercraft use. So if your car uses it why wouldn’t your jet ski?

On top of all that since its a closed system, you won’t take in any corrosive water. Since you don’t have anything eating away at the engine block of a Sea-Doo you could have the engine last much longer.

One big perk with the closed loop cooling system is that it can be controlled to keep the engine at a perfect temperature at all times. Where the open loop system can not. So if it’s extra hot that day the water will be extra warm too. Warmer water for an open loop system means the engine runs warmer which relates to you burning more gas and do more damage in the long run to the engine. Due to the nature of a closed loop system, warmer days have no effect on the engine.

To Sum It up

To sum it all up I’ve listed below the pluses and minuses of both.

Plus – Simple older technology that seems to be still very common in boats.

Minus – Takes in corrosive water and debris that could clog the engines cooling system. You must winterize the engine block.

Minus – The exhaust and intercooler need to be flush when winterizing.