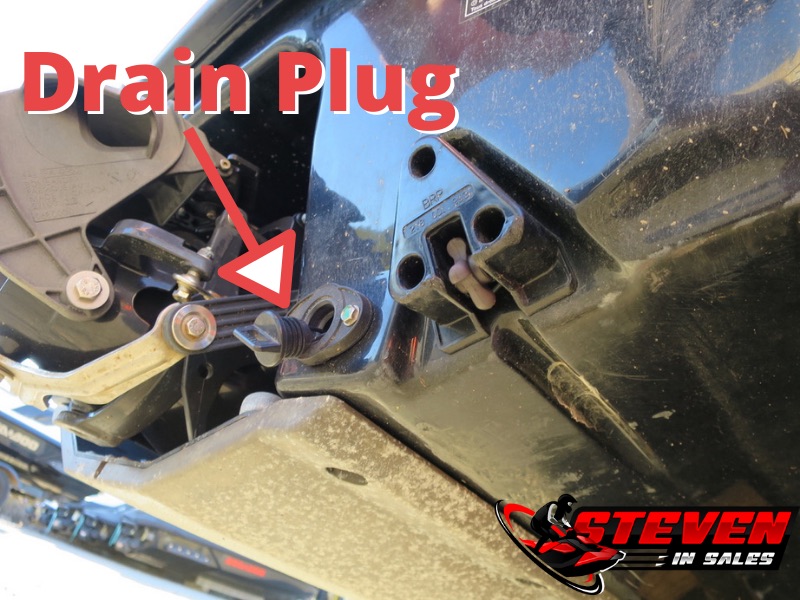 Your jet ski’s drain plugs are one of the more important components, and forgetting to put them in can cause your jet ski to sink.

Will A Jet Ski Sink If You Forget To Put In The Drain Plugs?

In all cases, a jet ski will sink if you forget to put in your drain plugs.

The good news is that some jet skis will sink slower than others.

For example, when Sea-Doo went to the new bodies, the transition happened from 2009 to 2012, they started putting in a new kind of drain plug. This new drain plug was a one-way valve, but it’s not perfect. For example, the drain plug slows down water from entering if you leave the drain plugs out, but the jet ski will still eventually sink.

Yamaha and Kawasaki still have the old-school drain plugs that allow the full water flow to enter both ways—so leaving them out will for sure sink the jet ski.

While Sea-Doo’s new style drain plugs are great, they also can suck sometimes. If the jet ski is out of the water and you’re rinsing the hull out, these new drain plugs drain slower than the old ones. I guess the trade-off is worth it, though.

What To Do If Jet Ski Took On Water?

If you come back from a ride and notice you forgot to put the drain plugs in, here is what you need to do.

Check drain plug O-ring as they wear out, and a torn or missing one can cause a jet ski to sink. If it’s been 5 years since you last replaced your drain plug O-rings, now would be a good time to do so.

It’s not common for jet skis to come with bilge pumps from the factory. A few models do, but not all.

Instead, what is more common for jet skis to have are bailer tubes.

What’s cool about bailer tubes is how simple yet effective they are. It’s a simple tube connected to the jet pump and uses the vacuum created to suck out any water in the bilge.

The bailer tubes have a one-way valve, so the outside water doesn’t leak back into the bilge. The bailer tubes also are often routed up and back down inside the engine compartment to keep water from flowing in too.

If you ever look inside your jet ski engine compartment and see a clear soft plastic tube(s), often going up and back down, that is a part of the bailer system.

Should You Install A Bilge Pump?

I would strongly consider a automatic bilge pump if you keep your jet ski on a drive-up or hoist lift located on the water.

It’s always a good idea to check on your jet ski every now and then, especially after a bad rainstorm, if you keep the drain plugs in all the time. Having an auto bilge pump will be a must too, as it will kick on when too much water is in the hull.

If you do get a auto bilge pump installed I would also keep the jet ski battery on a charger, even a solar charger (Amazon Link Ad) will do, just so that the battery is kept charged for the bilge pump.

If you keep the jet ski on land when you’re not riding, taking the drain plugs out is the better and cheaper option. But you need to make sure to put them back in before going back in the water.

Should You Keep The Drain Plugs In All The Time?

Unless you’re keeping your jet ski in the water (drive-up or hoist lift), it’s best to take the drain plugs out when on land.

Just make sure you put them in before putting the jet ski back in the water.

The reason you want to take the drain plugs out when on land is that you don’t want it to sink on land… yes, it’s a real thing.

While sinking on land is not common, especially if you keep the seats, hood, and other compartments closed while also having the cover on, it can still happen. I’ve seen enough freak accidents happen that I always take the drain plugs out when storing the jet ski on land.

Interesting Tidbit: In some states, they require you (by law) to remove the drain plug when leaving the water at the boat launch. They want to cut down on aquatic invasive species going to other bodies of water. I know it sounds crazy but check your local wildlife boating regulations about AIS.

Can You Ride A Jet Ski Without Drain Plugs?

While it’s possible to run a jet ski without drain plugs, it’s best you don’t as it will be sinking. There is only so much the bailer tubes and bilge pump can do.

If the jet ski doesn’t have any drain plugs in, it’s sinking, and when you get enough water in the bilge, it finds its way inside the engine and hydrolocks it. Hydrolocking a jet ski engine is a costly repair, so it’s best to have the drain plugs in.

If you realize you forgot to put the drain plugs in, the best thing you can do is not turn the engine off and don’t stop moving. Get to land as quickly and safely as you can.

The more a jet ski fills with water, the more likely it is to roll over, so a jet ski being less balanced could be a sign that you’re sinking and you need to get back to safety.

This is a common one, but I’ve noticed many riders confuse their drain plugs and flush ports on Sea-Doo PWCs.

I can’t blame them since Sea-Doo makes the ports look very similar.

You want to plug the drain plug hole, but you need to keep the flush port open when you ride. The picture below shows you what is a drain plug and what is a flush port.

Plugging the flush port will cause check engine lights and high temp alarms to go off for Sea-Doo PWCs. So you mustn’t plug that flush port; refer to your owner’s manual if you need more details for your exact model.

How Many Drain Plugs Do Jet Skis Have?

Most often, a jet ski will have 2 drain plugs.

It’s not uncommon for some models to have only one drain plug like the Sea-Doo Spark. Also, some of the older 2-stroke jet skis only had one drain plug and some were even tucked away inside the jet pump housing area.

A jet ski won’t have more than 2 drain plugs, so if you see a 3rd hole that looks like a drain plug, that is often the flush adaptor and should not be plugged. Again, see your owner’s manual for the location of the flush adaptor.

There is even a few watercraft that have 2 flush ports and 2 drain plugs. This has gotten a few people thinking they have 4 drain plugs, but they don’t as two of them are the flush ports, one for the engine and the other for the intercooler.

1 thought on “Jet Ski Drain Plugs – Tips, Questions and What If You Forget”